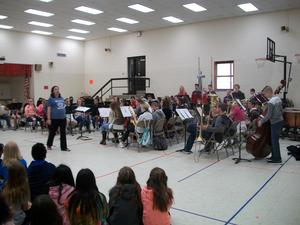 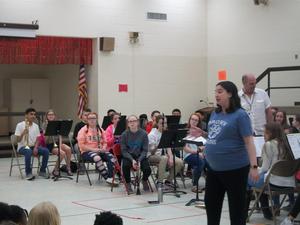 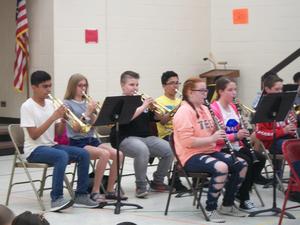 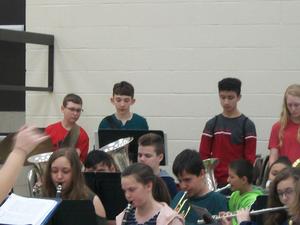 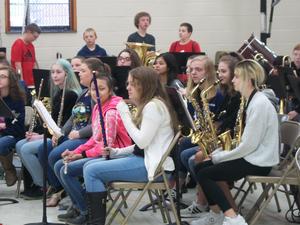 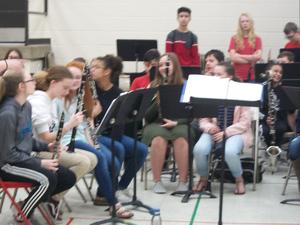 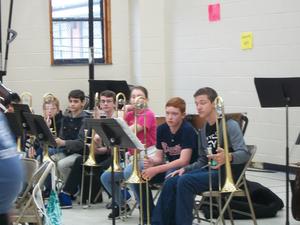 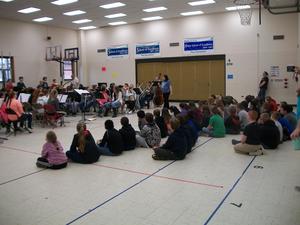 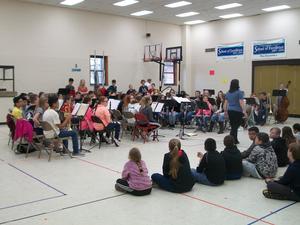 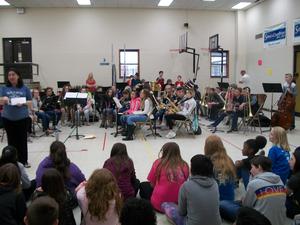 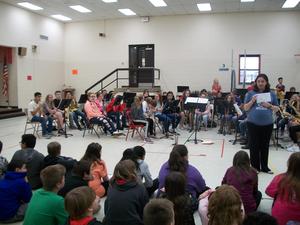 Fifth grade students enjoyed a visit from the Seventh Grade Band from BMS.
Fifth grade students and staff members enjoyed listening to the Brown Middle School Seventh Grade Band. They played Baby Shark, Excalibur, and several other pieces. The band was accompanied by Mrs. Carter, Brown's band director, who talked to the fifth graders about different instruments and sections of the band. She explained which instruments were appropriate for students to choose as their first instrument. She invited the students to attend a special band night on May 16th at Brown Middle School. Fifth graders will have an opportunity to practice with mouthpieces of different instruments to see which ones they might choose to play. Special thanks to Mrs. Carter and Mr. Deese, band direction at East Davidson High School, for bringing the band to Pilot!